You are here: Home / News / Book Reviews / Lessons From the Hive

Lessons From the Hive 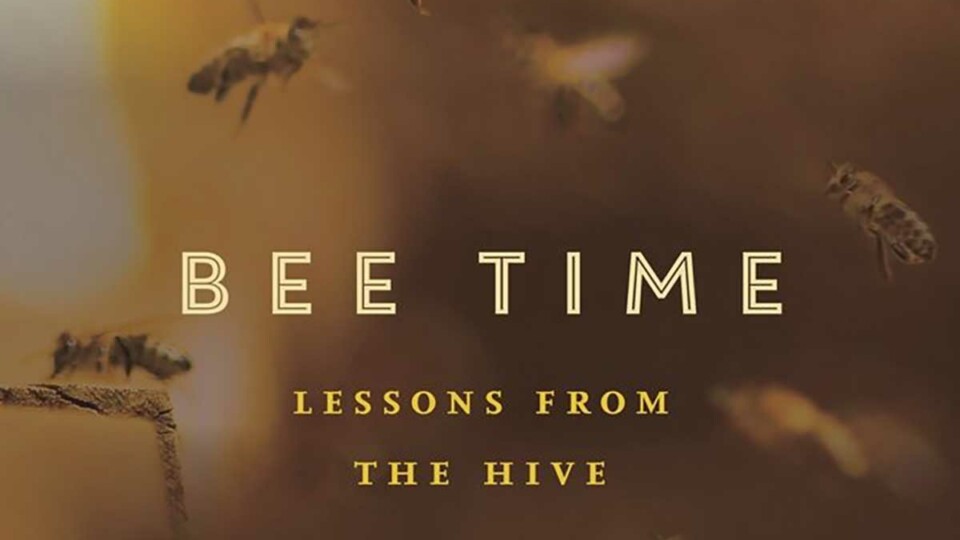 Bee Time: Lessons From the Hive

By Mark Winston/Academic Director of the Center for Dialogue at Simon Fraser U. Professor in the Depart. Of Biological sciences (Cambridge, MA: Harvard U. Press, 2014)

Winston begins his book as an illustrious researcher and keeper of bees for over 40 years. He was one of the first bee biologists on the ground in Brazil when Africanized bee genetics were discovered. He goes on to give us multiple factoids about bees, but focuses specifically on the two reasons we perhaps love and also need bees—because they are social and communal beings and they are of economic value.

In his own words: Honeybees are as sophisticated in their social behavior as we are in ours, sharing with us a bond that is uncommon among the earth’s many creatures (p.11) Our interest in honeybees rests on the twin pillars of their sociality and their economic value, which makes their current plight particularly poignant. Not only is a mainstay of agricultural productivity in decline, but honeybees are also the most highly social of all our domesticated animals. As we watch their societies collapse, we can envision our own demise. (p.14)

He does not mince words when looking at the demise of the honeybee due to colony collapse and all the human made factors contributing to this—-global climate change, pesticide use, monocropping/ag-industry practices, and habitat loss. Yet, Winston does not stop there. He goes on to map out the wonder, brilliance and resilience of honeybee communities and what we can learn from them in our own human communities. In doing so, he calls us, perhaps, to seek ways to connect with honeybees and the natural world—— with a clarion invitation to change our habits before it’s too late. In exploring urban beekeeping, he shows us ways that humans are intersecting their habitat with the natural world, overlapping and dovetailing in healing and regenerative, mutually beneficial ways.

The most impressive part of the book for me was how bee science has been mapping bee language, communication and patterning in bee colonies—and how they can become a model to us as humans in terms of how to live in harmony as social creatures. In Honeybee Democracy, Tom Seeley has researched how bees use consensus to make decisions for the whole hive. He lifts up interdependence (depending on one another!) and crowd wisdom or crowd sourcing as ways that town meetings function. As chair of the Department of Neurobiology and Behavior at Cornell, he has also developed a management style for employees to make collective decisions based upon bee behavior.

Another aspect of the beehive is specialization of tasks and the fact that every bee will cycle through every job in the hive before they become a field bee—their final role. This focused attention to each aspect of the colony can teach us something about the contemplative mind. According to Winston:

Elizabeth Cohen, cognitive science prof at West Virginia University says, “We idealize people who we see juggling multiple things, o wow, that person can handle it all. You’ll see job ads that specifically request people who can multi-task. We’re overconfident in our ability to handle and benefit from multi-tasking, it makes us feel good to think we’re doing so many things at once.” But..the lesson from the bees is to do tasks in order, not simultaneously…it’s about focus. Bees may not be intelligent, but they are single minded. Focus expresses the ability to concentrate…resulting in highly efficient and effective work. (p.180) In the hive beekeepers share a calm focus, a simplicity of thought and heightened efficiency while in the bees’ world, absorbing that sense of presence manifested in the hives they open…”bee time”. (p.181)

Finally, Winston writes about how we as humans can emulate bee’s response to stress and collective care for the commonwealth of the hive, versus individual gain.

Some of the most powerful stories that Winston shares, have to do with communities that are using bees and beekeeping to revitalize poor or low income communities, for therapeutic purposes and to reverse devastating effects of industry. In these stories, we are reminded of our call to be human—-caring for one another, learning to live in community and serving the commonwealth ultimately, rather than one’s sole interests and economic profit for a few.

If there is one notable message from honeybees, it lies in the power of their collective response to stress, in the way they allocate work, communicate, make decisions, and balance individual activities with their communal imperatives. Our decision either to emulate honeybees by opting for the collective good or to pursue personal interests and individual gain may be the decisive factor in the success or failure of our response to contemporary environmental challenges. (p.17)

I loved this book. It gave me a whole new window into the social behavior of bees and how these lessons from the hive might be a light for us in these dark times.