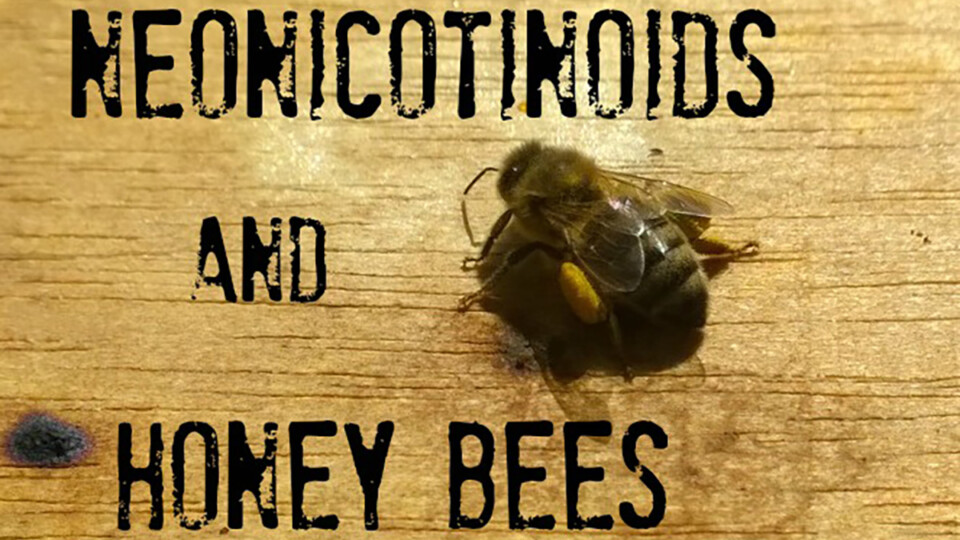 NMDA’s Brad Lewis has been collecting information and recruiting volunteers who are collecting wax from their hives in Albuquerque residential and rural areas. Sample-collecting containers and instructions for volunteers were shipped to Albuquerque Beekeepers Association staff who disseminated the kits and collected them once wax has been collected. NMDA apiculturist Tiffany Johnson along with Brad Lewis decided on collecting wax rather than bees because pesticides such as neonicotinoids remain detectable in wax for a very long time compared to titer concentrations on bees themselves. About 15 beekeepers are participating in the survey by contributing a wax sample to the study. NMDA will release the results once the analyses are conducted.

Some much-needed action is underway in New Mexico about possibly restricting neonicotinoid pesticide use. NMBKA was recently contacted by Michael Dax, the national representative for Defenders of Wildlife. Dax has been in touch with Brad Lewis of the NM Department of Agriculture and with state Sen. Mimi Stewart to introduce a bill in the coming 2021 legislative session. Dax is inquiring if NMBKA has a stated position. Anita Amstutz, who leads the board’s outreach and advocacy committee, has prepared a detailed statement for board approval and distribution, stating that NMBKA stands with pollinators and requests action to restrict or ban neonicotinoids.

Neonicotinoids are used in over 120 countries and have 140 different crop uses. They can be sprayed onto foliage or applied as soil drenches, but they are predominantly used as seed treatments. When used this way, neonicotinoids are taken up by all parts of the plant as it grows. This means these systemic insecticides are present in pollen and nectar that pollinators can come in contact with when foraging. In addition, they have been found on neighboring flowers and grass, even at levels higher than the crops they were applied to, and in nearby waterways. They persist in the soil for long periods of time. See this article from Cornell University for a brief overview of the scientific evidence: https://pollinator.cals.cornell.edu/threats-wild-and-managed-bees/pesticides/neonicotinoids/)

The European Union issued a ban on neonics in 2018, forbidding their use in flowering crops that appeal to honey bees and other pollinating insects.